Cooking, to the Chinese, is an art, which should delight one’s senses. A well prepared dish, according to an old Chinese saying, should appeal to the eye by its colouring, to the nose by its aroma, to the ear by its sound, and most important, to the mouth by its flavour or taste.

There are hundreds of cooking styles in China, which can be grouped into three different categories. MANDARIN (Northern Chinese): Mandarin style, also known as Peking (or Beijing) style can be generally categorized by its light, elegant, mildly taste and by the liberal use of garlic and scallions. SZECHWAN (or Sichuan) -Central Chinese: This highly seasoned, hot and spicy food comes from the liberal use of the famous Szechwan pepper. Stir-frying, braising and stewing are most common. CANTONESE (Southern Chinese): Cantonese cooking is characterized by its light seasoning to extract the original taste of the ingredients; light soy sauce, wine and ginger are the most common seasonings.

Chop Suey, for example, got its start in 1850 in America when a bunch of hungry miners busted their way into a chow-chow late at night and demanded to be fed. The chef just stirred all the table scraps and leftovers he could find into a big mess and served it. The miners loved it. When asked what it was, the chef replied, “chop sui” which means “garbage bits” in Cantonese. The dish remained virtually unheard of in China until after World War II; today, it’s advertised as American cuisine!

Chow Mein was a mixture of noodles and vegetables, probably served to railroad crews in the 1850’s, and stems from a Mandarin dialect word meaning “fried noodles.”

Fortune cookies were invented in 1916 by George Jung, a Los Angeles noodle maker, who gave them to customers at his Hong Kong Noodle Company to distract them while they waited for their orders. 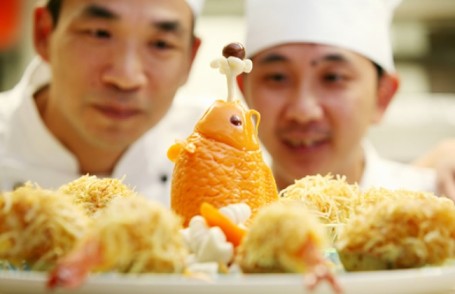 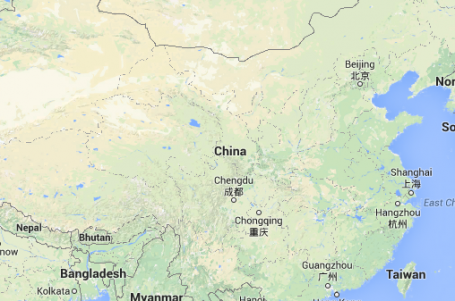